This Black Friday, Nov. 29, 2013, Grand Rapids-based metal band Kamilla will reunite with its original lineup to headline a benefit concert at The Intersection for bassist Mike Smith. Smith, a 38-year-old Grand Rapids native, has been battling Melanoma since April of 2012.

The lineup reads like an all-star blast from the past for anyone familiar with the Grand Rapids rock music scene a decade ago, with top bands reuniting to support Smith. Johnny Logic, Thunder Chicken (featuring members of Still Remains), The Dead Last, The Storied Life (featuring members of The Orphan) and The Fred Thompson Trio will support Kamilla’s original lineup, which includes Smith, vocalist Jason Wood now of It Dies Today, as well as guitarist’s Chris Hartley & Jim Borchers and drummer Troy Middlecamp.

After forming in 2001, Kamilla spent the next few years selling out Grand Rapids venues, releasing their Red album, winning both WKLQ’s annual “Heavyweight Championship” and Aris’ Hometown Rock Search, playing at FOX Fest and opening for national acts such as KoRn, 30 Seconds to Mars, Clutch and Shinedown.

Flash forward a decade later to April of 2012, as Smith and his fiancée planned their fall wedding. Smith was diagnosed with Stage 2 Melanoma, quickly going through intensive surgeries to remove the tumor and two lymph nodes under his right arm. It looked as though he may have beaten it, but Melanoma is notorious for recurring, and this past May, a second diagnosis was made: Stage 3C Melanoma.

The cancer had metastasized into other lymph nodes under Smith’s right arm, so he was forced to undergo several more procedures, including the removal of new tumors and a lymphadenectomy to remove all of the lymph nodes from the affected area of his body. Smith began a 12-month treatment plan with the IV drug Interferon, which marginally (10% or less) decreases the chances of Melanoma recurring. Unfortunately, the side effects versus the quality of life improvements are severe, similar to those of chemotherapy.

Frustrated by the lack of resources for others affected by Melanoma, Smith and his wife are now working to launch The Free & Clear Foundation, a non-profit organization named after one of Kamilla’s songs, which will provide support for Melanoma diagnoses and their families. The proceeds of the benefit concert will help Smith launch The Free & Clear Foundation, as well as providing living assistance to Smith during his 12-month treatment.

Tickets: http://sectionlive.com/events/kamilla/ or at the door if available

For more information about Mike Smith’s Free & Clear Foundation, visit http://freeandclearfoundation.com/. Additional donations can be made at http://www.youcaring.com/medical-fundraiser/free-clear-fight-with-mike-/77644.

What you can read next 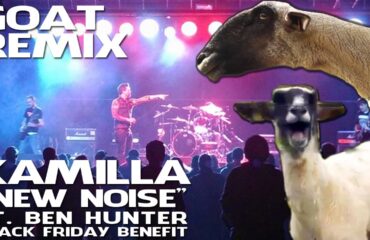