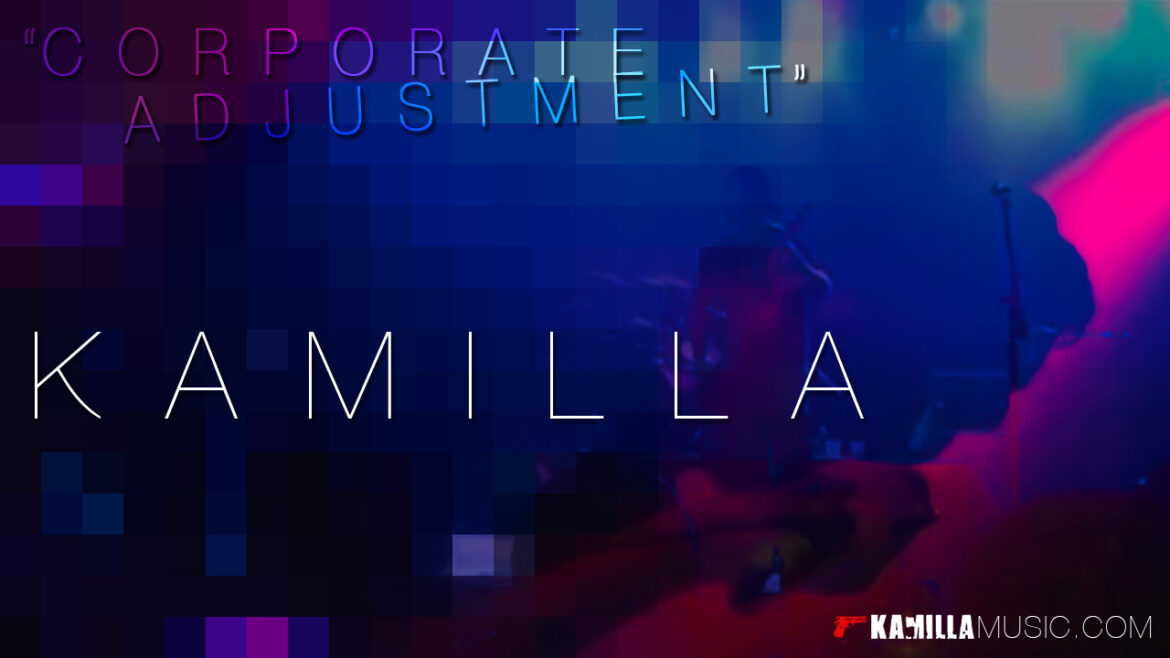 For those of you who need another copy of the Red Album, you can purchase the Digital Download for just $5 here:http://kamillamusic.tumblr.com/buymusic Track Listing1. Split, Sutured, and Saved2. Free and Clear3. Piece of Home4. Corporate Adjustment5. Eden6. I Will Not Land7. Viola24. Warning Track #125. Peanut Brittle & Lollipops (Hidden Track)26. Warning Track #227. Viola

Grand Rapids Band Kamilla Reunites to Help Bassist Combat Cancer This Black Friday, Nov. 29, 2013, Grand Rapids-based metal band Kamilla will reunite with its original lineup to headline a benefit concert at The Intersection for bassist Mike Smith. Smith, a 38-year-old Grand Rapids native, has been battling Melanoma since April of 2012. The lineup reads

Wish You Were Here ft. Members of Kamilla And Johhny Logic 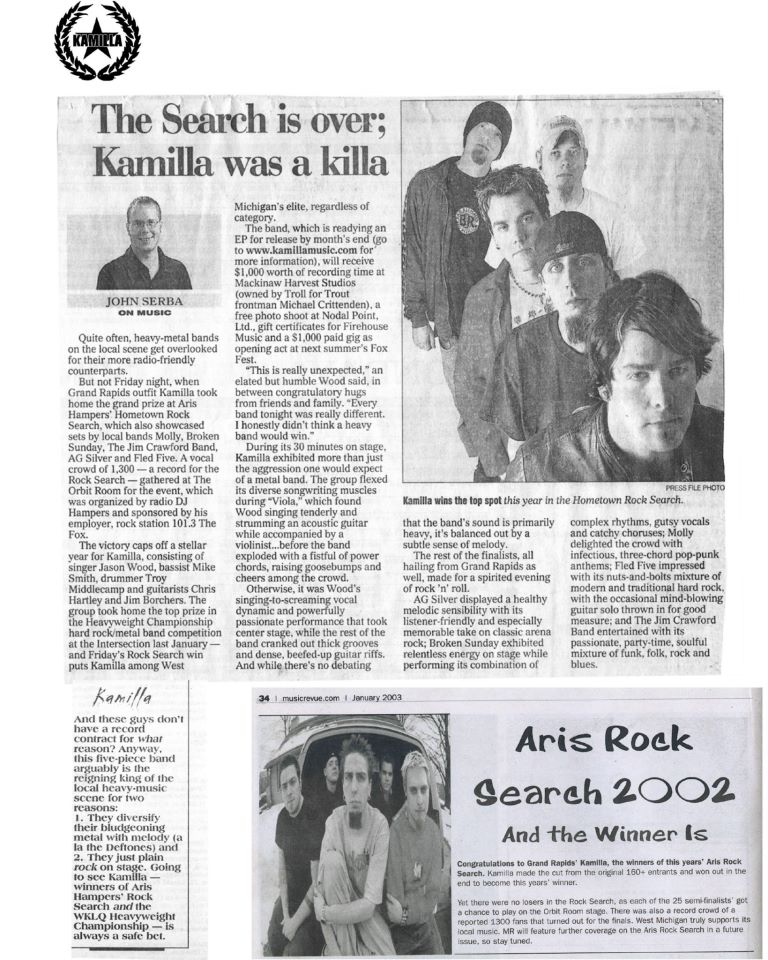 The Search is over; Kamilla was a killa

The Search is over; Kamilla was a killa By John Serba – 2003 Quit often, heavy-metal bands on the local scene get overlooked for their more radio-friendly counterparts. But not Friday night, when Grand Rapids outfit Kamilla took home the grand prize at Aris Hamper’s 2002 Hometown Rock Search, which also showcased sets by local

Aris’ Rock Search 2002 And the Winner Is

Aris’ Rock Search 2002 And the Winner Is By Music Revue – 2003 Congratulations to Grand Rapids’ Kamilla, the winners of this years’ Aris Rock Search. Kamilla made the cut from the original 160+ entrants and won out in the end to become this years’ winner. And these guys don’t have a record contract for 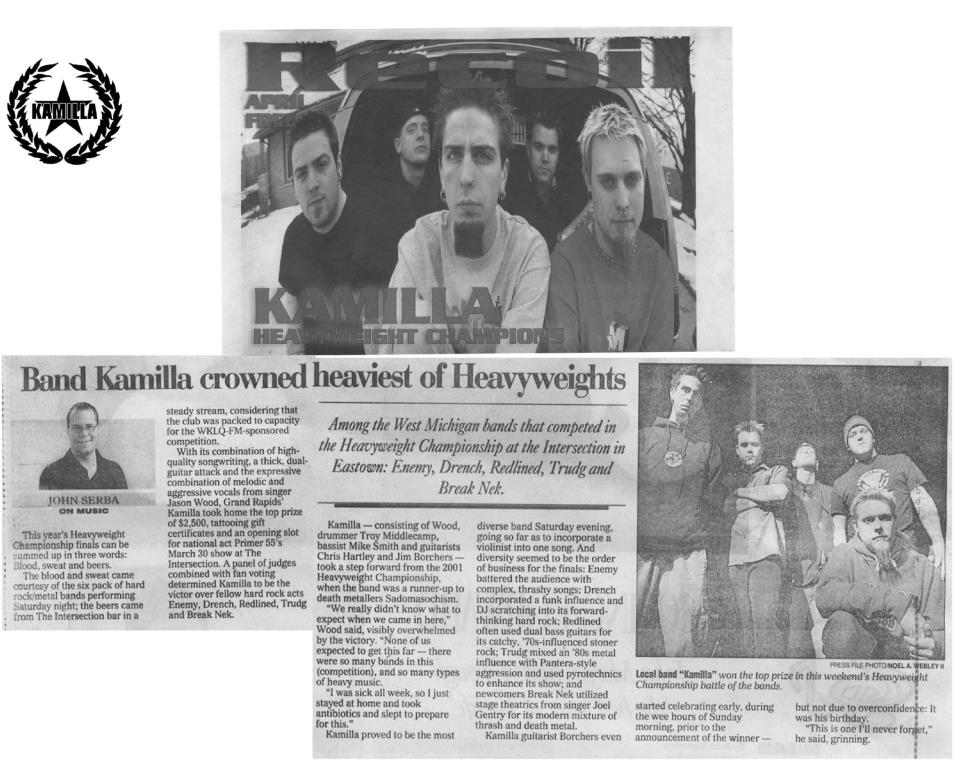 Band Kamilla Crowned Heaviest of Heavyweights By John Serba – 2002 This year’s Heavyweight Chanpionship finals can be summed uo in three words: Blood, sweat and beers. The blood and sweat came courtesy of the six pack of hard rock/metal bands performing Saturday night; the beers came from The Intersection bar in a steady stream,